A SIN OF OMISSION 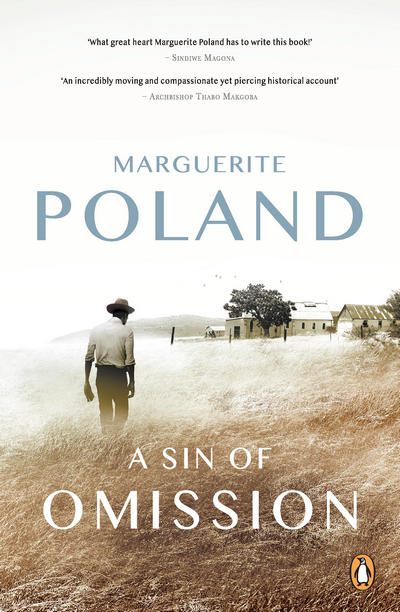 A SIN OF OMISSION

Written so beautifully with great compassion and deep understanding of the times, Marguerite Poland’s latest book is a moving story inspired by the life of a young African deacon, the Reverend Stephen Mtutuko Mnyakama, who had lived and died in the Eastern Cape in 1885.

Introducing the little known period of South African history when Blacks were sent to England to be trained as missionaries in the Anglican church,  Marguerite Poland’s protagonist, Stephen Malusi Mzamane, suffered the confusion of who he was meant to be – a good son and brother or a priest foregoing some of his traditional ways? A  Black African in Victorian England, or a Black Englishmen in the Eastern Cape? Out of place wherever he went, posted to a remote and poor church, he was ignored and betrayed by those who should have been supporting him. With the exception of an Irish missionary and his wife, and his colleague from Canterbury, it is sad to realise that even those who should have been working alongside him, put their own ambitions and bigoted feelings before true Christianity.

With the use of isiXhosa words and phrases, the realistic descriptions of people, the harsh way of life and the unique landscape of the Eastern Cape, meticulously researched, A Sin of Omission is a well-deserved award-winning novel, and a truly moving and wonderful book.  Highly recommended.