CURIOUS NOTIONS – Reflections of an Imagineer 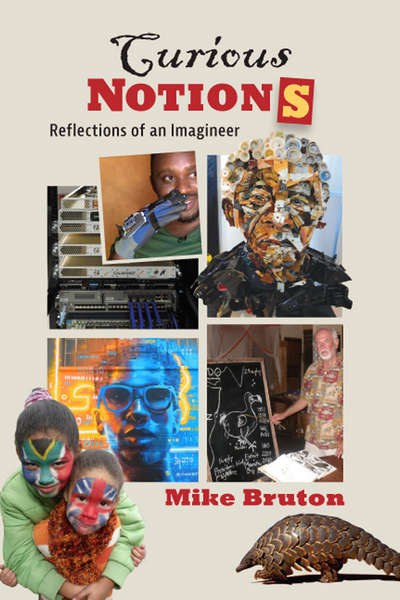 CURIOUS NOTIONS – Reflections of an Imagineer

This is a fascinating collection of essays on a diverse range of topics ranging from arts and science, evolution and technology.  Honoured for his contribution to science, Prof Mike Burton shares his knowledge in an easy and humorous manner, telling of people and events as if he was sitting opposite you.  Some of the scientific issues are drawn from the author’s own experiences.  Discussing famous inventors and forward thinking entrepreneurs, he peppers his discourses with amusing and curious tit-bits of previously lesser-known information.

Well illustrated with many black and white photographs of the people he writes about, there is so much of interest in this book; it is hard to condense it into one review.  Such as a discussion on who is South Africa’s greatest inventor?  The evolution of the bicycle, unusual facts about the discovery of the coelacanth, influences of song and dance – and how well do you know your ‘ologys?

Mike Bruton is quoted as saying “it is very important that scientists, including retired scientists like myself, should publish books that demystify science and make it more accessible to the general public.”  He has certainly done this in this highly recommend book.