FOOTPRINTS ALONG THE WAY 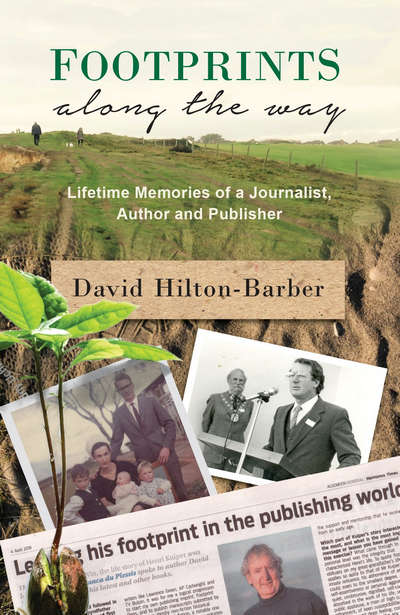 FOOTPRINTS ALONG THE WAY

This is a fascinating memoir that not only includes personal recollections of growing up, the influence and mentorships of people along the way, but also going back in history when his forbearers of 1820 Settler stock came to the Cape and left their mark on the history of a developing nation.

With a passion for the written word, an inquiring mind and sense of adventure David Hilton-Barber took his career in journalism through the colonial times of southern and central Africa, a period spent in Public Relations, and the formation of his own publishing company.  With a keen eye and ear for history, he has written and published books about a time and people that would otherwise have faded into the background.

A particularly moving part of this memoir is the inclusion by his daughter, Bridget Hilton-Barber, also a well-know writer, of her time in police detention, and her reactions to some of the tragedies that befell the family.

Full of anecdotes of other well-known authors and personalities, many superb historical photographs and footnotes, all written in an easy flowing manner, Footprints along the Way is an absorbing read.