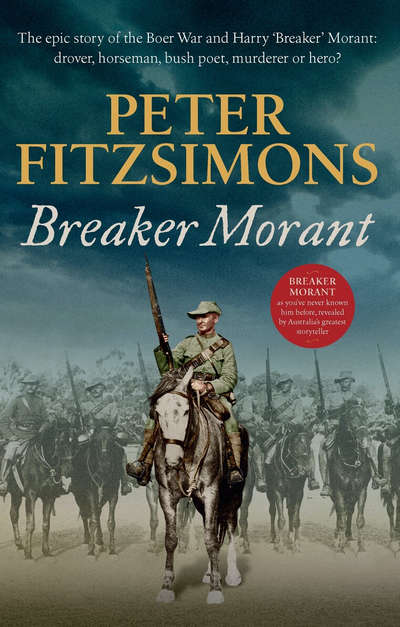 Peter FitzSimons unravels the many myths that surround the life of Australian Harry ‘Breaker’ Morant  during the Boer War (1899 – 1902) in South Africa, and the murder of Boer POWs and civilians by members of the Bush Veldt Carbineers under Lt. Morant and Lt.Handcock.

This is an excellent, well researched and documented account that goes a long way to answer the question ‘were Morant and Handcock scapegoats for British war crimes or criminals themselves’? In fact, they were guilty.

FitzSimons writes expertly of the Boer War, the parts played by Lord Kitchener, General Louis Botha and his wife Annie, Generals Jan Smuts and Koos de la Rey, as well as war correspondent, poet and author of ‘Waltzing Matilda’ Banjo Paterson and many others, whilst portraying the life Breaker Morant with all his good and bad traits, who became a legend.

Maps, snippets taken from personal letters written by the fighting men, poetry and song and “stories from the Australian bush, which the Breaker has in plenty, some of them – a few – are even true!” all add to a very entertaining and readable book.