LETTERS FROM SELUKWE by Frans Bijsterveld 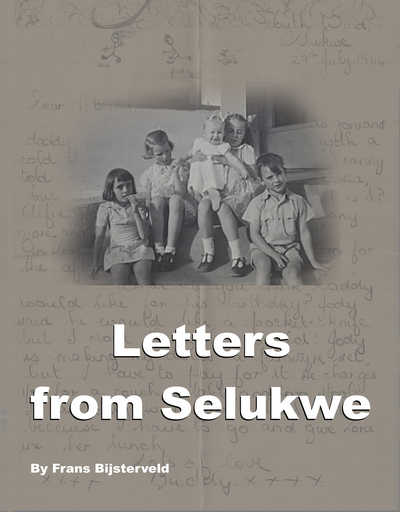 When we write about times and people that have passed we are not only sharing their experiences but learn a little more of our history.  Frans Bijsterveld, in this charming book, shares with us the letters that his mother, Helga Stenslunde – better known as Buddy – wrote to her parents when she was ten years old.  The year was 1944.  The little mining town of Selukwe in what was then Southern Rhodesia, though very aware of the disastrous war in Europe, and the Pacific was not really badly affected by what was happening.

However, Buddy’s parents were away in South Africa where her father had to undergo medical treatment.  These letters, replicated exactly as they were with drawings, spelling mistakes and ink blots, reveal the daily life of a young and happy girl, even asking her father to write back in her ‘secret language’.

Included in this memoir are photos and posters – what was on at the movies? – bringing to life a time to remember.
Three previous books by Frans ‘The Farm’, ‘Timot’, and ‘Before the Chachacha’ can be seen on https://www.thegloriouspast.com/