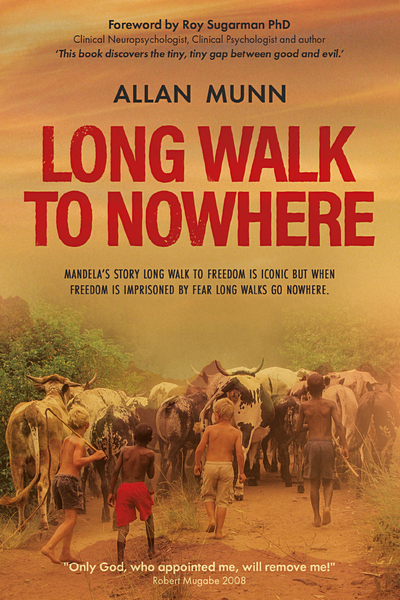 An intelligent and perceptive record of the change from Rhodesia to Zimbabwe from a personal, political and economical view by an author who not only lived there at the time, but was involved in the process.

This is an important book in that it is an honest portrayal of the tragedy of politics and warfare on the private lives of the people who had to live through it.  The ordinary man on the street, the politicians who changed sides, the suppressions, cruelty and shattered beliefs.  Munn, a successful businessman and philanthropist had a close relationship with men like George and Mbada, understanding their aspirations and culture.  He worked alongside Leonard Chiutsi Mapuranga and became provincial chairman of the Movement for Democratic Alliance (MDC) in 1990, until he was forced to leave the country in 2002.  His home and farm was ‘given’ to a friend of Grace Mugabe.

Munn includes interesting historical facts of the tribal warfare in the country before colonialism, the divided opinions of UDI, the Lancaster House Agreement and the huge influence that international politics played in the jigsaw puzzle of which side prevails. He also discusses the ‘One Belt One Road’ initiative of China’s form of colonising Africa, and raises the often asked question of an external cartel and shadow global government.

This is an absorbing read, with black and white photographs dating back to 1890. Towards the end of the book Munn quotes Hosiah Chipanga, a respected Zimbabwean musician, composer and activist, who in his 2019 Heroes’ Day Message – asked the question, the country was once worth fighting for – is it now?

← THE GREAT NEED THOSE WHO LIVE IN CAGES →