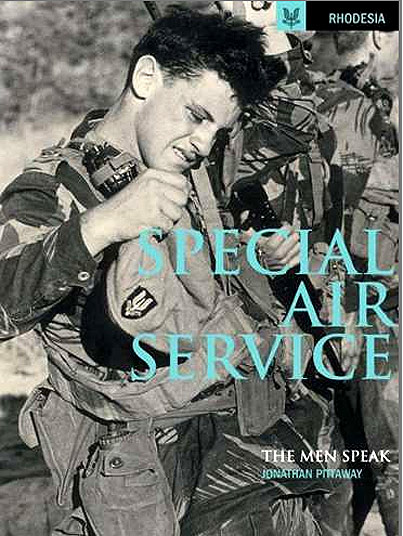 A unique historical record, recounted by the men who were involved, this superbly presented book tells of the exploits and bravery of the Rhodesian Special Air Service men. Little was known of the Rhodesian contribution to the history of the SAS, the first Squadron formed in Malaya.  They also served in North Africa during WWII, and were extremely active in the Rhodesian ‘Bush War’ and later on in the Congo. Amongst the reminiscences of the men are over 600 full colour photographs as well as a further 1000 black and white ones, all with detailed captions. Maps, a list of Honours, Citations and Roll of Honour are just part of this important era in military, as well as Rhodesian, history.  ISBN 9 78 0981 432120 Third Edition Published by Dandy Agencies on behalf of the SAS Regimental Association of Southern Africa

← A LIFE ON OUR PLANET My Witness Statement and a Vision for the Future Xafrica, Volume 1: Letters from the Southern Rift →