The Boy Who Never Gave Up 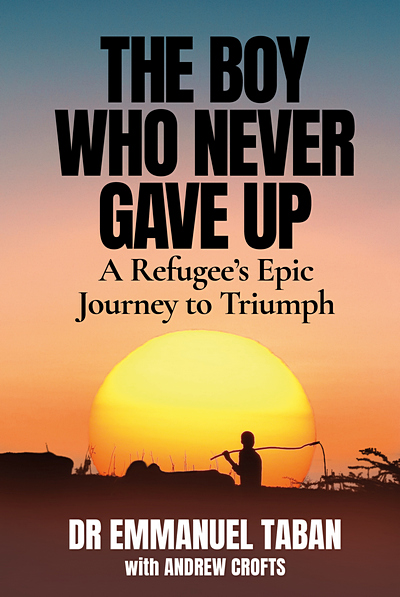 He took the wrong turning, but the dream and final destination stayed the same.  As a young boy of 16 year old, born in a village in South Sudan, undergoing extreme poverty and hardships, accused of being a spy and being ortured, Emmanuel Taban, walked, worked for bus fare, slept under bushes and city door-ways, crossed borders and rivers and eventually, 18 month later, reached Johannesburg.

Now a highly respected doctor who has recently made an important discovery in the treatment of hypoxaemic COVID-19 patients, this inspiration book tells of how he strove to be educated, overcome racism and xenophobia and has dedicated his life to others.  With sincere gratitude to those that helped him along the way Emmanuel Taban, understanding why people let him down, reconciling with his mother after ten years of not being able to contact her – he also points out that the problem with Africa is that it’s people see themselves as ‘victims’

← PANGOLINS – Scales of Injustice Then a Wind Blew →