THE LAST GIANTS : The rise and fall of the Africa Elephant 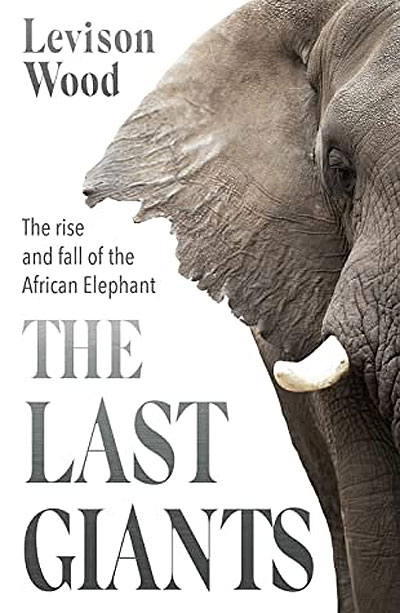 THE LAST GIANTS : The rise and fall of the Africa Elephant

Anyone with an interest in elephants will enjoy Levison Wood’s latest book, THE LAST GIANTS : The rise and fall of the Africa Elephant.  Well-known explorer Levison, who walked 650 kms across northern Botswana with his guide Kane, making the documentary Walking with Elephants for TV Channel 4, has written a comprehensive and engrossing book.

With a life-long interest in elephants, Levison begins by writing about their fascinating history before leading onto their behavioural patterns, with cameos of some of the famous ‘big tuskers’. Levison puts forward the social and economic impact of the relationship between elephants and the people who live alongside of them.  He discusses poaching and hunting, giving both sides of the arguments.  Acknowledging the importance of saving their habitat, Levison, having seen their destruction, opens up a new thought process for many who do not understand the  eventual outcome of elephants losing their food sources. Information is included on the initiatives being undertaken to preserve elephants, and other species, as well as a list of further reading and websites.

Travelling through east and southern Africa, Levison discovered a great deal about the complex lives of elephants, their interaction with humans, the dedication of people protecting them, and raising the standards of living for those that live alongside them – and the necessity to do something about it.  He warns “if it doesn’t happen, the last giants will become extinct in the very near future”.

← CAPE TOWN TO KILIMANJARO : THE THIRD WORLD AS SEEN FROM THE SADDLE HALFWAY DOWN AN AFRICAN MOON: TRAVELS IN SUB-SAHARAN AFRICA →