THE LION, the DUNG BEETLE and the VELD TOOL BOX 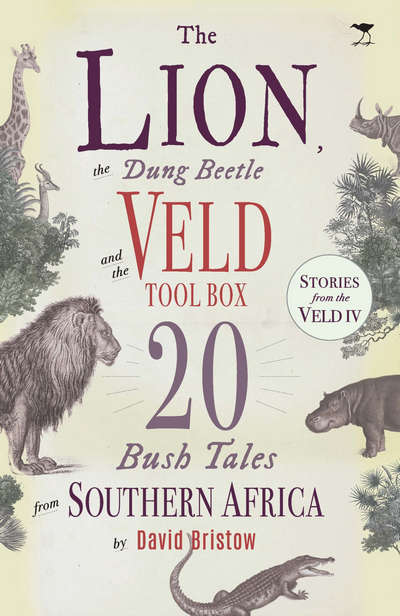 THE LION, the DUNG BEETLE and the VELD TOOL BOX

The fourth of David Bristow’s books on travel and the environment in Africa is as informative and entertaining as the previous ones.  Well known South African natural history and travel writer, this book has a little of everything – philosophical discourses that make you think,  descriptions of animals and some of their behaviour,  exciting stories of adventures, safaris and people who have left more than just a footprint in Africa, but helped bring Africa to the people.  He also questions what it means to be a member of the tribe Homo sapiens and why, though genetically wired to do so, we kill what we love?

In The Lion, the Dung Beetle and the Veld Tool there is the quirkier stuff, like men who think they are lions, a woman who watches wolves (otherwise known as brown hyenas), and an explorer who invented his own species. Some tales may have been heard before, but re-told in Bristow’s inimitable style, they remind readers of the dedication, endurance and joy of those who love and live in Africa.