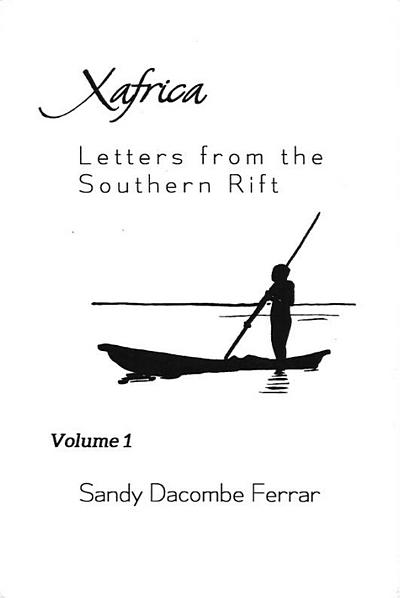 It is a rare gift to be able to see, understand and appreciate the smaller things in life, and this is what Sandy Dacombe Ferrar has portrayed with her vivid descriptions of  the  birds, plants, scenery and people – in fact the general world around her – whilst exploring new territory.

Written in a way as if Sandy was sitting opposite you, telling you what she has seen and experienced, she has “Put the essence of Africa into words” in three volumes.

In Volume 1, Letters from the Southern Rift, Sandy, gives a little background to her earlier work producing and presenting Talking of Nature on the former SABC radio service, before heading via Mozambique for Malawi.  This collection of her perceptions and fascination with what to her was a previously unexplored part of Africa, together with her ‘Scientific Advisor,’ includes interesting information, some thought-provoking questions, and delightful sketches as well as being a hugely entertaining read.
Published by Sandy Dacombe Ferrar ISBN 9 781979 059626