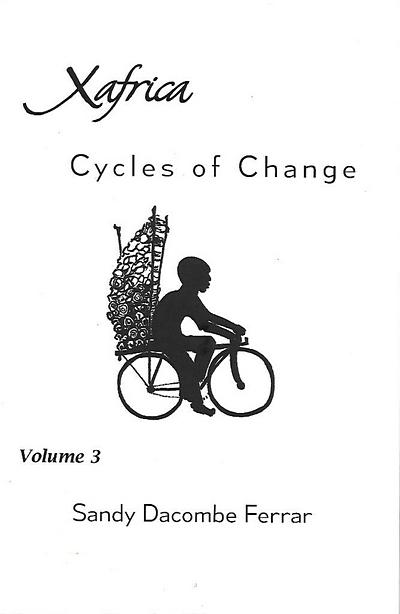 Following on Letters from the Southern Rift, and Seasons of the Heart, with the same in-depth and fascinated look at the world around her, Sandy continues to entertain whilst describing to the reader so many little known facts of nature alongside cameos of people and exploration.  In this volume, she also describes the Scientific Advisor having to tip-toe naked through the night followed by a love smitten giraffe; and why in Kafue National Park she sang to an elephant that was investigating her bicycle.   Lots of adventures, rough roads, history, a touch of politics and eccentric people occur throughout this series.
All three books can be read seperately, but having read one you will surely want to read the others.
Published by   Ferrar ISBN9 781694 212719

← Xafrica Volume 2: Seasons in the Heart THE GREAT NEED →